Supporting smallholder farmers as the key to a carbon-neutral future

The idea that we should all be engaging in ethical and environmentally-friendly practices seems like an innate truth these days. But when you stop to think about it, the ability to make ethical choices is something of a modern luxury.

For many, the very act of survival offers few apparent options in the choices they make and the actions they practice. This is particularly true in the field of smallholder agriculture (excuse the pun).

In ‘the West’ there can be a frequent tendency to romanticise the idea of small, individual farming activities. It brings to mind ideas of organic, zero-kilometre, fresh, seasonal, chemical free self-sufficiency - honest toil and labour by locals with smiling faces. In contrast, we view the idea of industrial super-farms as commercial, unnatural, artificial and harmful - to environment, economy and people alike.

There is also an assumption that smallholder farming (which is defined as that which takes place on parcels of land smaller than five acres) represents a relatively small contribution to the world’s agricultural output, and something practices almost exclusively in developing countries.

But the reality of the situation is in fact quite different.

The first misconception to address is the scale of smallholder agriculture. In Asia and sub-Saharan Africa, smallholder farms contribute to roughly 80% of the food eaten within these populations, but even on a global basis, smallholder farming remains significant; there are more than 570 million farms over 167 countries, and in the EU, smallholder farms make up 67% of the total.

We said above that there can be a tendency towards mental images of smallholder farms as happy, natural operations of abundance, a rich bounty of variety and freshness, and smiling, unhurried families selling their produce to locals.  And there are certainly circumstances in which this comes close to the truth; anybody who has had the fortune to visit a town market in the South of Italy will have seen something similar. Zero-kilometre community self-sufficiency is (close to) viable in some geographies.

But the reality is that smallholder farming is generally exhausting, backbreaking labour; with high physical and financial risk, singular crop dependence and hugely inefficient outcomes - not just in the fact that it produces lower economic output per hectare than so-called ‘intensive’ farming, but also that it actually depletes the value and richness of its land much more quickly. 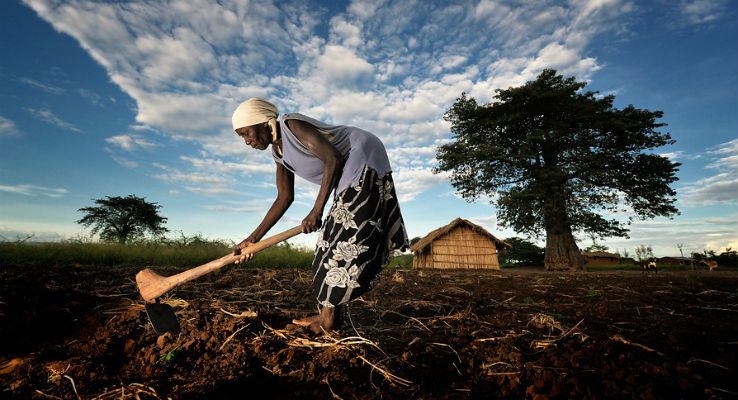 Thus, smallholder operations rarely have the luxury of being organic; which is actually a surprisingly expensive way of farming since it carries higher risk and susceptibility (especially to pests), requires more labour-intensive engagement in the process, and is dependent upon a high level of education and knowledge. These are luxuries that the majority of subsistence and smallholder producers simply don’t have.

Instead, smallholders tend to rely frequently on less-than-ideal solutions in their agricultural activities - including the heavy use of pesticides - often obtained through unofficial channels, meaning they may be unregulated and dangerous, both for the land and their users.

Alternatively, they may use even more traditional methods to manage their land. Far from being a cultural legacy of being ‘more in-touch with nature’ though, these are often short-sighted and unsustainable approaches which are incredibly negative in terms of their environmental impact. One of the most common is that of ‘slash and burn’ - in which farmers clear land using burning, plant on the ground until it no longer has the nutrients to maintain growth, and then move on to a new section of land.

The method is cheap and easy, but highly inefficient and with severe environmental impact - particularly in relation to carbon output. One only has to visit Chiang Mai in the burning season - where the surrounding agricultural land is cleared by smallholders using burning - to see the immense smog that blankets the city - hitting AQI levels of nearly 300 (consider that the air quality in the very centre of London is around 15). Indeed, slash and burn activities constitute a ‘double whammy’ of carbon impact, since they don’t just release carbon through burning, but reduce the surrounding forestry which would otherwise act as a natural eliminator of C02 from the environment.

It also carries significant destructive risk in terms of unmanaged spread and resultant wildfire, which can consume ecology and put local populations at direct risk of losing everything.

There is thus a very real need to encourage change away from these destructive practices. But how?

We’re all in it together

Seeking to change smallholder agriculture practices is not just about ‘telling people what to do’ so that the West can hypocritically continue with its industrial Co2-generating activities, whilst putting the blame on the shoulders of those halfway across the globe.

There’s also the fact though that smallholder farming methods are not just bad for others, but bad for the farmers themselves. The FAO identifies that those who engage in subsistence farming are most likely to be below the poverty line and highly susceptible to a failed crop - which, ironically, is most likely to be impacted by the climate change that their practices are actively contributing to. For instance, a study published in Agriculture and Food Security identified that 95% of farmers surveyed had felt the impacts of climate change, with 87% of maize farmers and 66% of coffee farmers reporting negative impacts of climate change on crop production.

Whilst anthropological and social arguments about the preservation of culture and tradition for populations are of course important and relevant - the heritage of diverse peoples must be respected, ultimately, research is increasingly showing that providing assistance to smallholders - in relation to funding, equipment, education and market-access - can all significantly increase the welfare of the farmers themselves, and of the environment on a wider scale.

For instance, the FAO cites a large study which examined 286 smallholder projects across 57 developing countries, and found that when sustainable agriculture was adopted, average crop yields increased by 79 percent. This improved not only the wealth and security of those practising smallholder agriculture, but also improved environmental and social benefits for the population - including a stronger economic role for women, which in turn, granted associated empowerment and welfare. 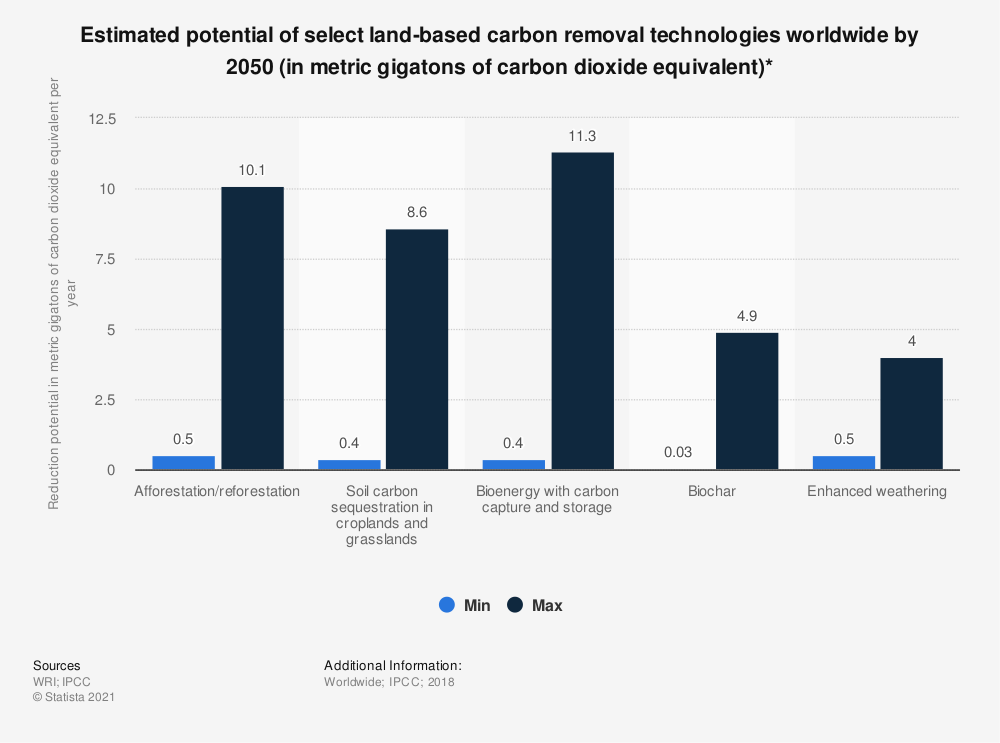 The central barrier to making these changes is that although the promotion of economically, environmentally and socially sustainable practices in agriculture yields positive results across the board, there can be no avoiding the fact that their initial implementation requires a capital investment that most subsistence farmers could not even begin to dream of. As with so many things, funding is the central issue.

But it’s not the only one. Aside from the practical economic reality, there is also the issue that in many places, there simply isn’t an awareness of a need to change, and even where such awareness exists, there can be scepticism and concern about the risks associated with changing after generations of doing something the same way, and of having daily life interfered with by outsiders with questionable motives.

That means three things are needed for real change to be made; education, change management practices, and the provision of capital.

Across the globe there are a multitude of projects doing exactly this. But recently, one significant development has extended the ability of everybody to get involved in supporting these improvements: purchasing carbon through removal programs.

The money generated gives funds that can educate and support farmers to switch from carbon-heavy practices to less carbon-intensive practices which deliver more efficient yields, use land and resources more effectively, provide longer-term sustainability and security, and reduce environmental impact.

One of the strongest examples of how this symbiosis can work is Biochar Life, a case study which illustrates perfectly the benefits that can be realised through carbon offsetting and removal.

As stated above, it’s important not to ‘other’ smallholder farmers and put undue focus on their carbon contributions, particularly when their ‘choice’ to engage in environmentally detrimental activities is all but non-existent when compared to our ‘choice’ (predominantly in the West) to engage in equally destructive activities. It is vital that all methods for carbon reduction and environmental improvement are engaged with, challenged and tested on daily basis, across every society and geography.

But what does seem clear is that carbon reduction practices for smallholders - particularly in developing countries - provide a win-win solution, where making the change doesn’t compromise the activities of these individuals, but actively enhances them. Carbon removal programs - when practised effectively - have the potential to create symbiotic and sustainable benefits for all parties, and bridge gaps in development and disparity across the globe. And it’s an idea we’re strongly committed to Task.

Are you involved with a carbon removal program and looking to scale more effectively? Get in touch so we can discuss your requirements.

How Task is taking the Stellar blockchain to mass-market 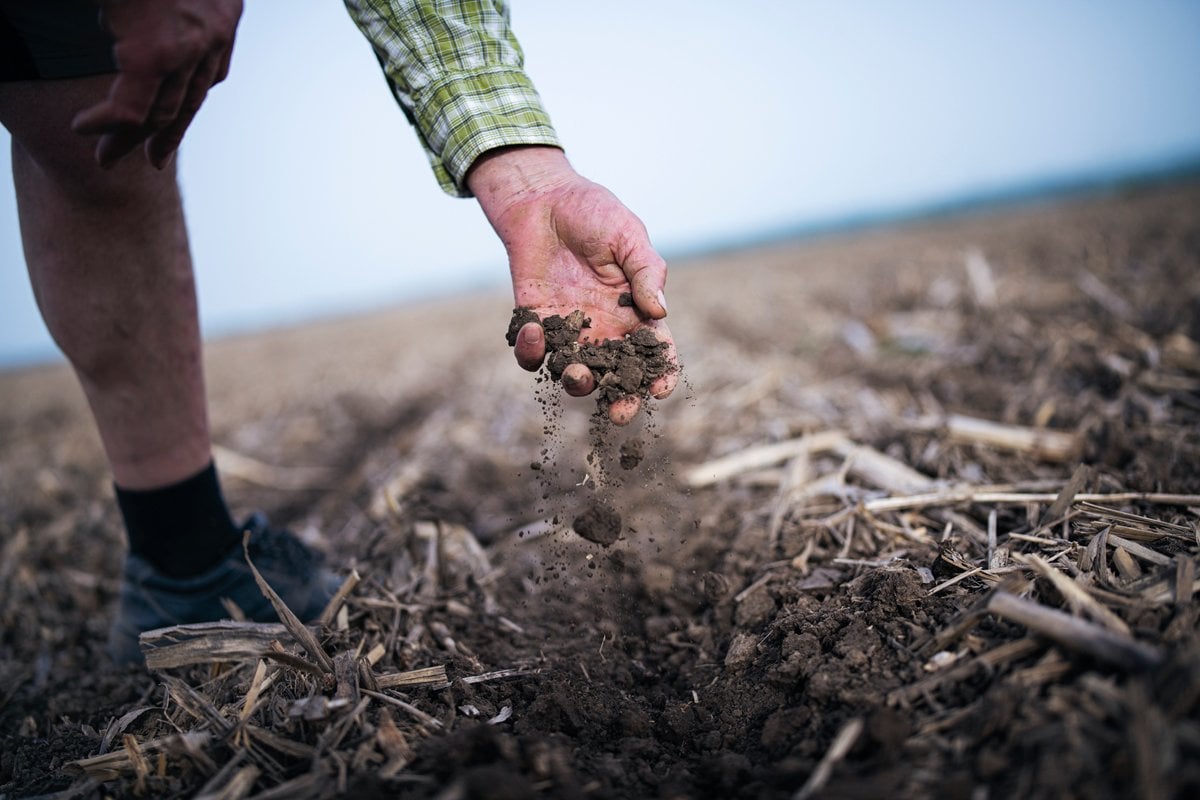